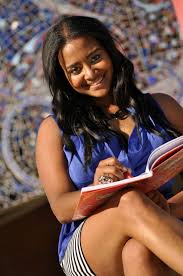 “Nine Years Under: Coming of Age in an Inner-City Funeral Home,” by Sheri Booker, was introduce to me before I saw the cover. What I read is perhaps that most unique memoir I have come across in a very long time.

Set in Baltimore, “Nine Years…” addresses “life” in the funeral business, but it twists, turns, and journeys beyond the normal expectations of death and gore. It takes the reader into a depth that is unexpected, applying a level of storytelling that is both telling and profound, and that is very welcoming.

Part confessional, part biography, “Nine Years Under…” opens, a few pages in, with the death of Booker’s aunt.  This experience evolves into the unexpected, unpredicted, and ‘unlikely’ undertakers’ Odyssey for fifteen-year-old Booker. Alfred Wiley, the proprietor of Wiley funeral home, sees something special in young  Booker, and oddly, offers her employment (it took a while to understand offering a funeral home job to a fifteen-year-old), and she rises, profoundly, to the occasion. Sheri becomes a sort of protégé in the world of embalming and reconstruction, learning every aspect of the business (she began and remained in the business office for years before she started working on bodies) and letting it shape her into someone she certainly would not have been otherwise.

Throughout the book, Booker prepares the reader for something unexpected. Each page climbs to uncertain destinations. She colors the story with characters that seem almost surreal and often immense. The image of a funeral home is unhinged as she writes of mourners holding their own “form of ceremony” and of fights that spill over into the street in front of the funeral home and the brutal death of personal acquaintances whose lifeless bodies become clients. She lets us into her heart, and into the often complex personalities of her characters. Booker, for example, nails the sometimes tyrannous personality of Alfred Wiley, creating him with broad no-nonsense strokes insisting on uncompromising loyalty and unquestioned commitment, even if he refuses to reciprocate the same (when firing someone he says, “leave the keys”). She confesses a sort of unrequited love for the son of Wiley, but dart strategically through the details, so we are left to wonder the actual depth of their relationship. She does, however, profess the eventual realization that the Booker / Wiley affair was a love that was never meant to be. But even there, it seemed that she held back the details.

The book has magic and equally some moments that feel self-serving, but it does entertain, and it does reveal many unknowns. “Nine Years Under: Coming of Age in an Inner-City Funeral Home” answers questions that many may refuse to ask about funeral homes and the business, and it makes Sheri Booker translucent. Nine Years… is part history lesson, part sit-com, but all a lesson of life, loyalty, love, and death. A worthy read, from a special talent.