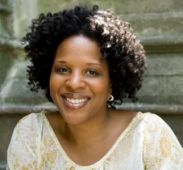 Tayari Jones’s has written four novels. I have read three: Leaving Atlanta, Silver Sparrow, and most recently, An American Marriage. Before An American Marriage was selected for the Oprah Book Club (the gold star of book clubs) I knew that Jones was exceptional; a writer’s writer, with clear, fluid thought and relatable, often internally flawed (thus familiar), characters. But she writes about real people, with honest conflicts and a jig-sawed existence, lost within a terrific maze of their own creation. She writes about relationships that are complicated, impervious, surreal, and painfully sincere. She, like novelist Bernice McFadden, forces the reader to gasp, not in horror, but in wonder, as the characters make conscientious decisions and engage in emotional actions, often leading to long-term repercussions. Indeed, they are flawed, but understandably so, and in many ways, they are us. They are resilient. They are believable.  They are beautiful.

An American Marriage draws the audience in, sitting them comfortably on the living room sofa where they become not just a reader but one with the action. Tayari does this transitional integration effortlessly, extracting from overlooked human events shared in kitchen conversations and amplifying them, with the slightest of action, to rock band crescendo. Addressed are the sacred covenants of marriage (between Celestial and Roy), the old school “stay-together-no-matter-what” marriage (of Roy’s parents, Big Roy and Olive and Celestial’s parents, Gloria and Franklin Delano), and the relatively predictable “man in waiting,” (Andre). It is through each of these characters that the audience begins to understand the meaning of the title: An American Marriage. Jones paints the three marriages differently and each is infused with their own abstract story of turbulence. Thankfully, she doesn’t sugar-coat their issues, nor does she overly embellish them for the sake of giving the story depth.  But depth is something past readers expect from Jones, and she does provide it plenteously, from chapter to chapter.

The story opens with Roy providing a narrative about him and Celestial as husband and wife. This option to use individual narrative as a point of projecting the story is most effective as it enhances the point of view, personalizing while familiarizing. Roy, whose adult life, the audience will learn, is subtly complicated (especially in relationships) despite involvement in success building organizations in his earlier years. But he minces no words when he was able to leave Eloe, Louisiana. He states:

Celestial thinks of herself as this cosmopolitan person, and she’s not wrong. However, she sleeps each night in the very house she grew up in. I, on the other hand, departed on the first thing smoking, exactly seventy-one hours after high school graduation. I would have left sooner, but the Trailways didn’t stop through Eloe every day. By the time the mailman brought my mama the cardboard tube containing my diploma, I was all moved into my dorm room at Morehouse College attending a special program for first-generation scholarship types.

Roy is something of a ‘good-bad’ boy. The type of guy who was a big fish in his high school and was determined to be even bigger in college. Without emphasizing the components that made Roy who he is, Jones introduces a plethora of quick, but vital, personal stories that produce aha moments. It is revealed that Big Roy, Roy Jr.’s father, is not his biological father, and perhaps (as I put on the reviewer’s deep-dive hat) this is a part of his multidimensional personality. And it is when Roy is arrested, for a crime he did not commit, that the story goes into another casual phase.

Although there isn’t much said about Roy’s experience as a prisoner allusions are clear. Jones, thankfully,  spares readers the overwrought details of the perilous life Roy faced there. Instead, she takes the story in a direction that is far more engaging and wholly unexpected by presenting a character with whom Roy quickly bonds: his long absent, never before met, biological father, Walter, who brings yet another dimension (there were many).

The novel, for a few dozen pages, is epistolary in form, told as letters between Roy (in prison) and Celestial (building a business), and this technique effectively expresses distance and individual change. It is through these letters that the audience learns the most about Roy and Celestial’s relationship; the volatility, the passion, the always-there-but-never-revealed uncertainty. It is here that Jones quietly makes a point that is perhaps the truest and most overlooked event of the story: Growth. For Roy, time stood still, locked at the moment of his arrest and suspended as an undying memory. For Celestial, time was the factor that decided her destiny; her truth. For Andre, time was the only thing separating him from true but elusive love. And time is everywhere (even in the Roy resembling dolls whose innocence is unchanging) but particularly in the form of an old oak tree that Jones presents (in my opinion) as Celestial’s symbol of time. The tree, although sparingly mentioned, is so powerful and such an assertion of time that toward the end of the book  Roy, in a fit of mania, is determined to stop time. It is masterful!!!

This short review exposes many elements of “An American Marriage,”  but Tayari Jones, in the now classic Tayari Jones way, provides so much in so few pages that the story, by way of this review, remains relatively untouched. This is a novel from which everyone can glean something different — something personal. It is a novel that may have readers questioning or applauding the concept of love as they understand it or the nature of commitment to another human being. I give a much-deserved ovation to this work, as did Oprah, for its depth, its complex simplicity and its detail to the familiar. A brilliant work worth a few hours of your time.