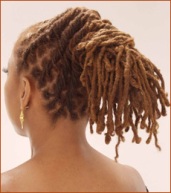 She was  quintessentially the image that defined my plebeian concept of  ethereal beauty. And that became her name: Beauty.

I was very young then;  too young, perhaps, to recognize and understand that she would become my first  unrequited love; too young to know that Beauty would, for a score and four years, be the painful, elusive portrait of feminine perfection I’d forever envision and measure all others to… forever.

“She was so incredibly beautiful—she seemed to be wearing the sunlight, rearranging it around her from time to time, with a movement of one hand, with a movement of her head, and with her smile—that, when she paid the man and started out of the store, I started out behind her.” wrote James Baldwin, in The Devil Finds Work. I understood.

I remember the day, the details, the faceless apparitions walking through me. It was a beautiful and mild summer afternoon, the kind that could only exist in New York City.  I  first saw her near Washington Square Park, exiting a store with a bottle of water. Her copper skin was mesmerizing, kissed by the radiance of a song yet sung that eased into my spirit; lyrics I’d sing endlessly….

She was a work of art; a master’s interpretation of beauty. I studied her intensely although I didn’t want to stare and tried desperately to look away, but my eyes were no longer my own.  Her hair, twisted luminous strands of Caribbean sunset, was the color of burnt gold. Her skin, the color of Barbados.

Week after week, there I was, Washington Square Park, hoping she’d come,  in sunglasses and a long African dress that flowed as freely as the wind.  I wanted, most desperately,  to be there, among her friends, lingering close, on the far cornerstone, laughing at her laughter. Hoping. Convinced in my innocent ignorance, that when she smiled she smiled only for me, although she never looked in my direction. Then, she disappeared.

I continued to search for her when I was back in New York; combing the streets around the park, sitting, watching. Perhaps, I thought, she was looking for me too; tracking my scent, tracing my footsteps, listening, amid the noise, for my whisper. But the reality was that she was fully engrossed in her own magnificent world, the world in which I’d never be granted an invitation.

I tried to forget her, engaging in temporary love affairs to replace the emotional pit she unknowingly left vacant, the pit where the smell of her imaginary perfume lingered, where the words she never whispered to me continued to play in my ear. I found myself flushed, frustrated with a heart that was inexplicably broken. There, I resolved, would never be another. Replacements, beautiful though they were, were not absolute; they’d have the skin but not the lips, the hair but not the eyes– they’d have it all but lacked her soul. I was resolute.

Like most men, I accepted the love of those who loved me, but images of Beauty remained steadfast. I’d write poems about her, read them before large longing crowds wondering, as I did, who this mysterious, but fortunate, woman was.

It was nearly two decades later, on the virtual page of a virtual magazine, that I saw those eyes, that hair, the copper-toned skin. Beauty!

She remained as I remember her, untouched, the same face I saw walking toward Washington Square Park, bottled water in hand, that warm summer’s day. There she was, in a Brooklyn café, smiling, beaming, holding her first novel,  flanked by shelves of books and a large poster of her book’s cover in the background.

And there, at the bottom of the page, was her name.