Okay, let’s be honest. Politically speaking, this country is , for all intents and purposes, screwed. Now, allow me to explain. 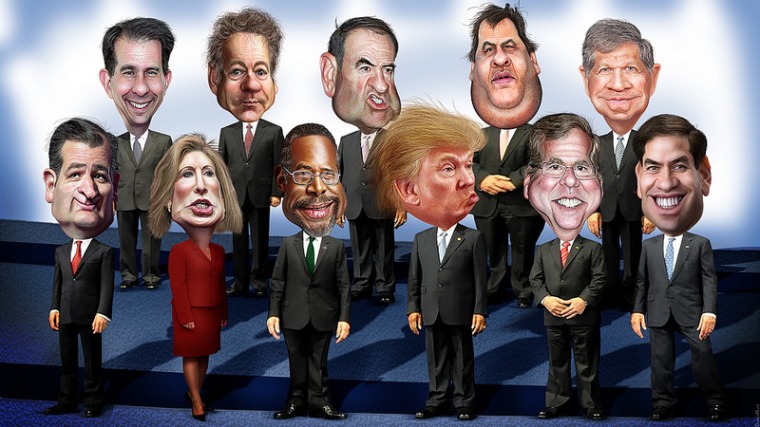 To begin, I am not a hardcore political enthusiast. You will not find me arguing with flannel attired F-150’s about Hillary, Trump, or the state of an ever-changing America. But I follow the effects of politics and its impact on my day to day existence and how decisions made will affect the country, as a whole, in the long term. In a rush that continues to mystify me,  the political process changed exponentially, eighteen months ago, when a murder of Republicans crowded upon stages across the country, stoic and robotic,  bidding for the chance to become POTUS. The lies were magnanimous; promises that would never come to fruition were argued with the passion of a kindergartener whose cookie was eaten  by another four year old. Leading the charge was Donald Trump and no one took him seriously, welcoming, in fact, the crass, rude comedy he brought to the rote bullshit interactions that for decades defined political debates. But his face was plastered everywhere. He had become omnipresent, even in our sleep and in an instant, I, and a great part of the nation were consumed by fear, knowing that regardless of the November 8, 2016 outcome, we were certain of one thing: we were soon to become the victims of a JACKED and divided country.

So, here we are,  at the post position of the Presidential Election, and by the time I complete this essay Donald Trump, as POTUS elect and Pence as V-POTUS elect and Melania as FLOTUS confused,  will  be joined, possibly, by a chosen menagerie of unique characters. It has been a horrific journey and it is just beginning. The American people have revealed the crack in their armor and decided that divisive methods, finger pointing, unsubstantiated blame, fear-mongering, the denigration of Original People ( this includes our Mexican brothers and sisters) and the anti-Arab ( it was translated Moslem, but it wasn’t about religion, it was about appearance) sentiment, were more enticing than the policies that would unite and better the country.

Since that fateful day in November the nation, formerly know as the United States, has been lost in an emotional tailspin. With few exceptions, scores of Americans remain, to this very second,  glued to the news and social media (a very unreliable source) to follow what can only be regarded as “the unravelling of an empire.” Translations of pre-election rhetoric continues to be spewed, heightening a separation of races and common beliefs between people who at once shared coffee and non-political chatter. Within a week of the election foolish young Americans, fueled with a tainted and ignorant mythology, took to the streets and airs waves with right wing banter that died a century ago; assuming, I guess, that the same intimidations that caused  my forefathers to shutter in fear and run in panic, still applied. To them I say…Dude… new day… new time.

There is much to say, but honestly, the thickening of the air doesn’t need to be starched any further. We will move through this time, look back in months or years to come, and say what has always been said…’never again.’ But that statement will not be true, and we know it. There will come another time, another Trump with a different mask, and another manipulative, hypnotic force preying on sullen and disenfranchised souls, because there always is, and there always will be. Our job is to stay aware, keep our wits, build that wall around our hearts and souls, and know that even the worst of storms, although when in the middle of it, appears to be endless, never lasts forever.

God Bless you and God Bless these UNITED States.